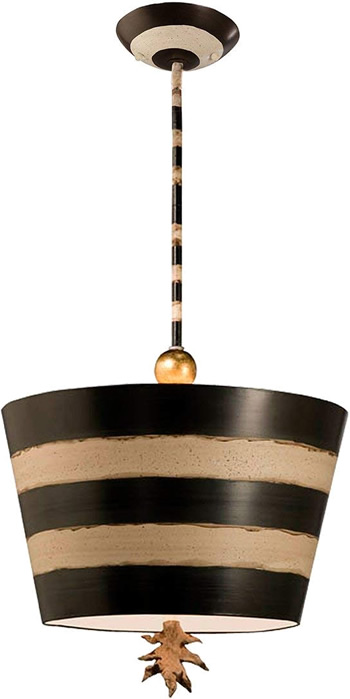 The inverted shade of this charming pendant features black and cream stripes and is detailed with a sculpted finial. 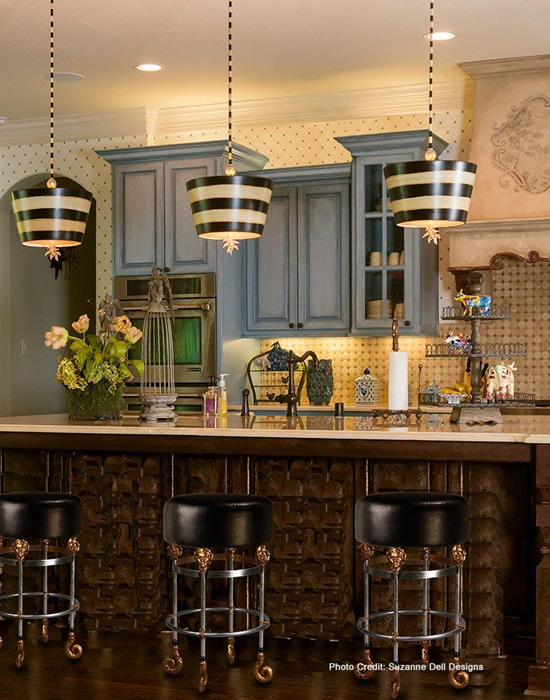 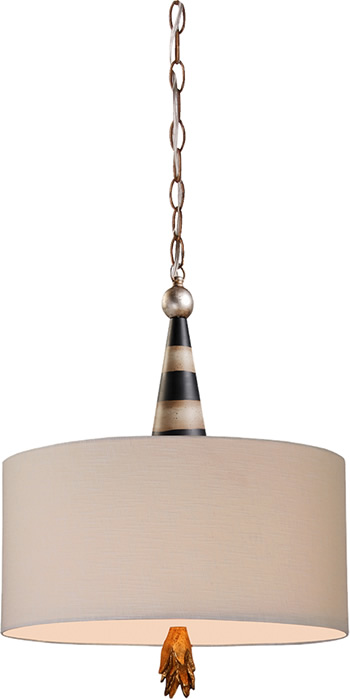 One of my favorite things I always look for at Mardi Gras parades are the Flambeau Carriers. Dancing and lighting the way with their brightly lit torches. This inspired my Flambeau Collection. The perfect pieces to lead the way. Paul Grüer

The Flambeau collection is one of our signature designs that works in many spaces to create conversation as well as art. The drum shaped shade is 18" in diameter and it includes 2 Medium based lights that will bring the perfect amount of light to the lucky space. The black and cream stripes makes a simple drum pendant exciting, and the flame finial is the perfect finishing piece.

he perfect height of 25" and a base of 8" can work in any room. The cream and black shade adds drama and the star shaped base finishes the designer's favorite. 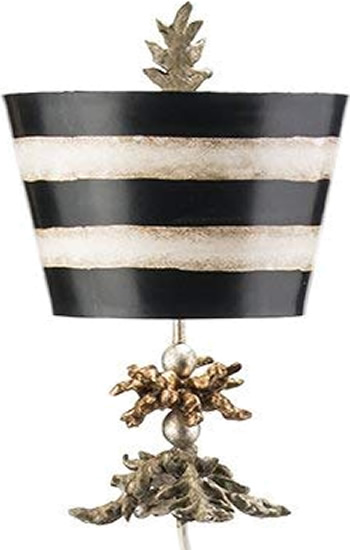 Gold leaf sculpted blossom bursts from black and taupe striped stem from a star shaped base with matching plack and creamy taupe shade.

The La Fleur table lamp is a designers go to for the unique and traditional blended into one assecory. It has a curvy black and taupe striped stem that also lends the whisical feel too. At 40" in height, and 9" in wide, this look can be the finishing touch your design needs.

Curvy black and taupe metal stem/base with gold leaf bottom base and blossom design around the candle holder. This takes a 60 watt Medium base light bulb.

Our striped shades are perfect for the designer that is looking for a magazine-perfect room. The curvy black and taupe metal stem with gold leaf base, gives the custom made feel to your room design. So many options with black and white shades, and our LaFleur Floor lamp doesn't disappoint.

The black and creamy white painted shades allows for many fun applications and designs. 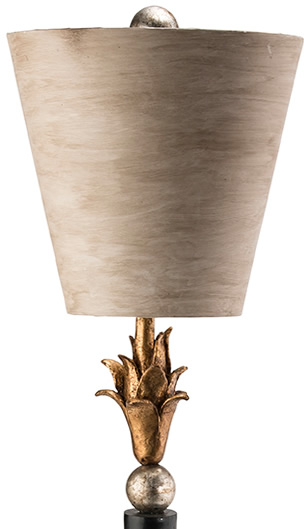 One of my favorite things I always look for at Mardi Gras parades are the Flambeau Carriers. Dancing and lighting the way with their brightly lit torches. This inspired my Flambeau Collection. The perfect pieces to lead the way. – Paul Grüer 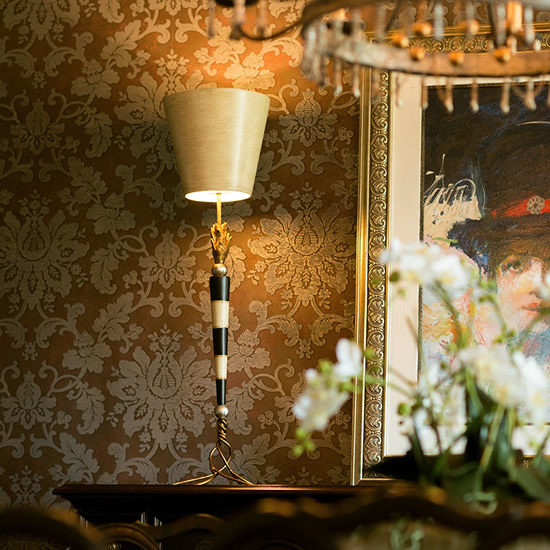 The name of this lamp started with the Phoenician styled finial. This lamp is almost 31" in height and the unique striped base and large stripe on the shade makes this table lamp the perfect design to finish the look.

At 44" high this is one of our tallest table lamps. We love the inverted cone shade and the darker taupe and black striped shade.

Flambeau embodies the rich flavors of New Orleans. Before there was electricity, New Orleans' famous nighttime parades were led by flambeau, costumed torchbearers. This is the concept Flambeau was founded on.

Known for their signature over the top aesthetic to designers around the world, Flambeau brings craft jewelry style to lighting. Although most of their work is one-of-a-kind commissioned for clients, they bring the same enthusiasm to the Flambeau Catalog.

Paul Grüer comes from a background in jewelry design and papier mache. He loves an organic, unexpected look. He is influenced by Dr. Seuss books.

Benjamin Burts is a sculptor and ceramist. He comes to lighting design from a career in fine art and teaching. Lighting evolved from client commissions and turned into an exciting dimension to his art. He begins with traditional function, then plays with the fundamental design elements; form, texture, light, and space. He finishes his ceramic pieces with metal leaf and acrylic paint applied in thin layers, allowing the clay texture and imperfections full display.

Grüer and Burts share a love of the rich finishes, the paint, metal leaf, and patinas Flambeau lighting is defined by.  They both appreciate forms from the past, antiques and vintage pieces. They frequently apply aging effects to their work. 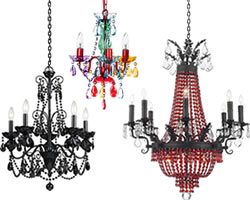 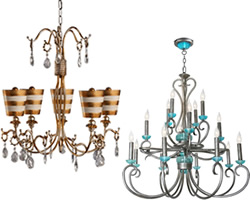