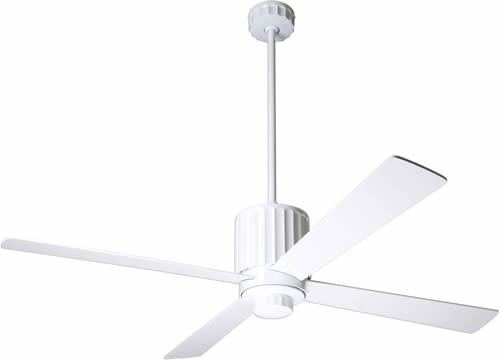 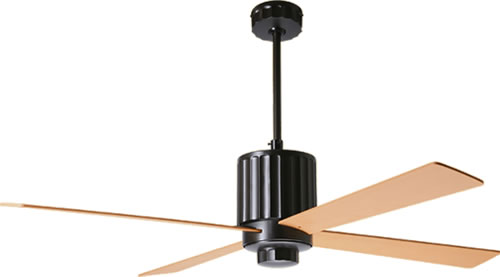 Flute
from The Modern Fan Company 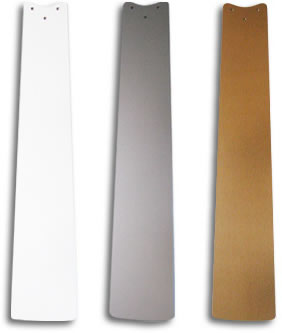 The Flute Gloss White or Textured Nickel
available with 42" or 52" blade spans in white, nickel or maple. 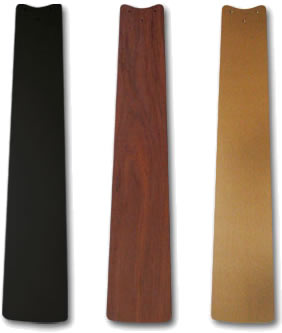 Dark Bronze finish
available with 42" or 52" blade spans in black, mahogany or maple. 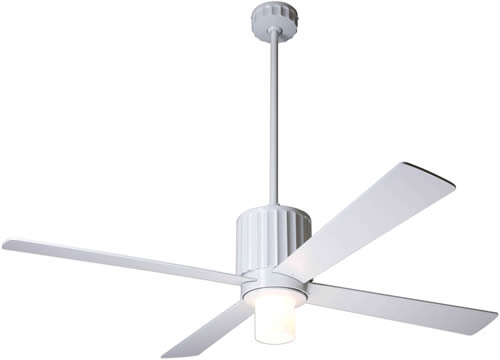 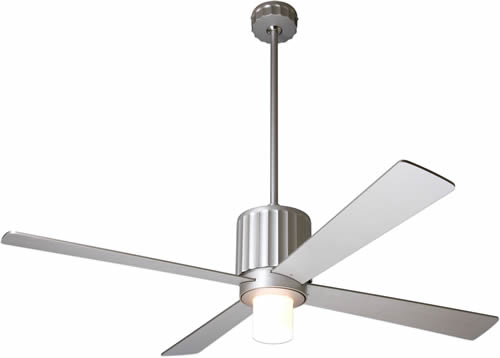 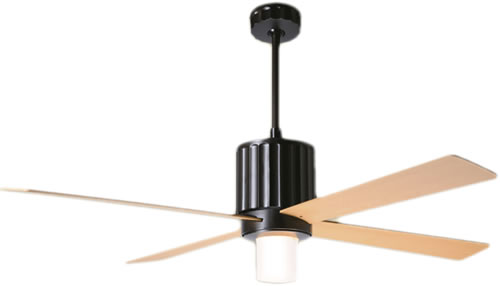 The Modern Fan Company does not utilize pull chains for fan speed and light control. Please select a control that best suits your electrical requirements.

All Modern Fan Co. fans are reversible for winter and summer operations. Reverse switches are located inside or on top of fan housing. 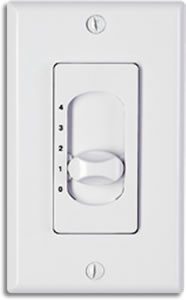 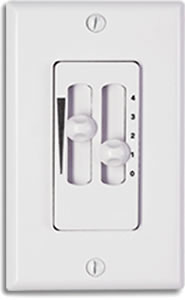 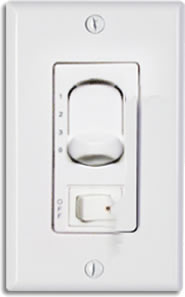 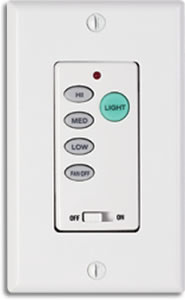 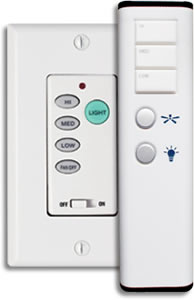 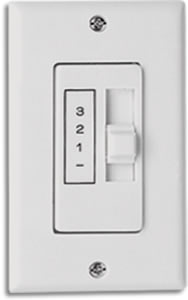 The Flute may reference a centuries-old Roman architectural theme, but it's a modern fan in every respect. The optional light features detailing complementary to the die-cast body and is available with incandescent or compact Fluorescent lamping. Flute designed by Ron Rezek.

Around 1800, Greek architecture as seen through the medium of etchings and engravings gave new impetus to Neoclassicism, now called the Greek revival. Although at first look this reintroduction of classic forms seems reactionary, it was really a response to the excess of Rococo and should be seen as a precedent to the modern era. It was a search for the ideal of Greek purity among the cacophony of nineteen-century design.

In American architecture, Neoclassicism was one expression of the American Renaissance movement, ca 1880-1917. One of the pioneers of this style was Benjamin Henry Latrobe, who is often noted as America's first professional architect and the father of American architecture. The Baltimore Basilica, the first Roman Catholic cathedral in America, is considered by many experts to be Latrobe's masterpiece.

The last manifestation of this American classic style was in Beaux-Arts architecture and its large public projects were the familiar Lincoln Memorial, the National Gallery of Art in Washington, D.C. and the American Museum of Natural History's Roosevelt Memorial.

The Greeks did not have ceiling fans but turn-of-the-century Neo-classic and the earlier antebellum architecture should have. Period Arts Fan Company offers the Flute fan as the perfect solution for your Renaissance interior.

Ceiling fan manufacturers are required by federal law to publish the energy information for their products in a standardized format, including watts used, cubic feet of air moved per minute (CFM) and a resulting CFM per watt efficiency value. The test results are gathered in a controlled environment and are intended to help consumers and specifiers compare products. However, keep in mind that in a real world installation there are a number of additional factors that will affect air movement patterns and volume.

All Modern Fan products move air in the upper range of fans on the market. While emerging DC motor fans (like our DC Slim) are reaching new levels of efficiency, it's important to remember that all ceiling fans are inherently efficient and use very little electricity to begin with. Choosing Fluorescent lamps instead of incandescent (tungsten) or halogen equivalents represents the greatest opportunity for energy savings.

The test data to the left represents electricity useage of the motor only (independent of any lighting component). Assume 52" blade span unless indicated otherwise. 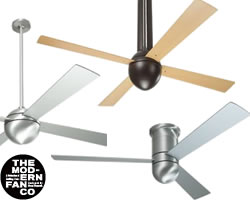 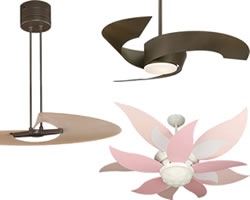 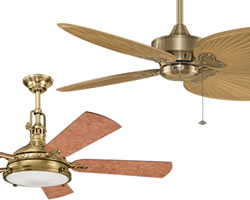